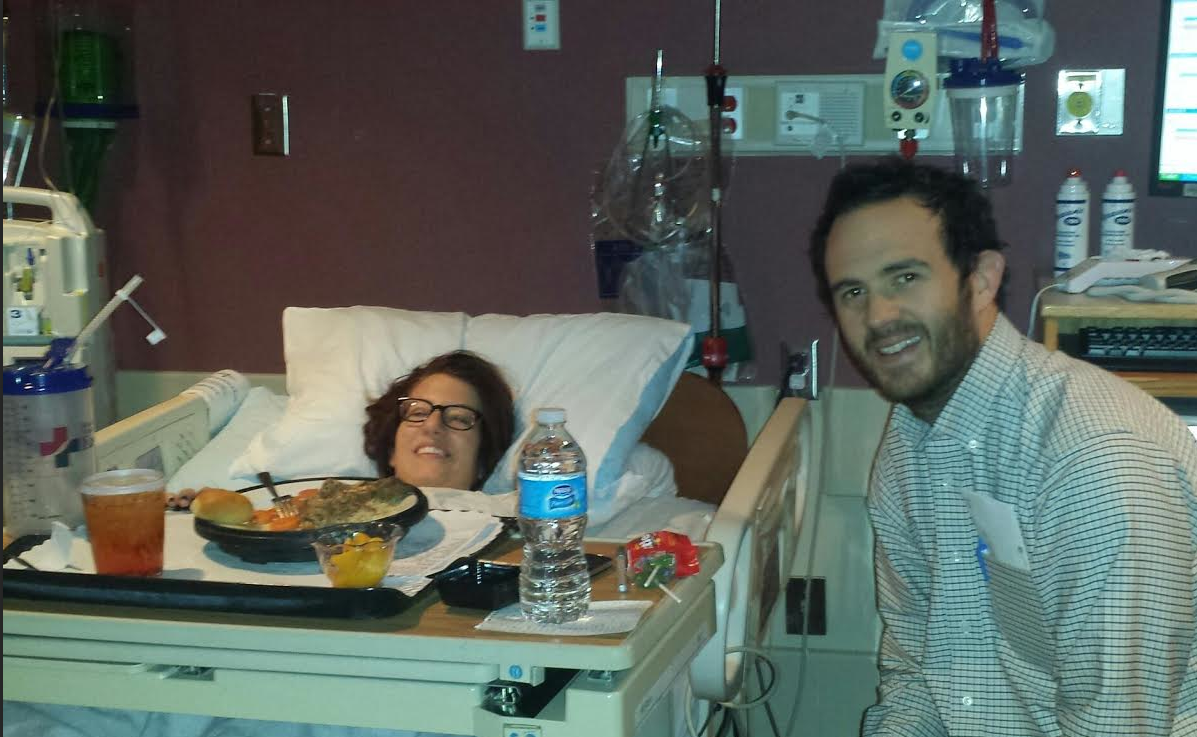 A little over three weeks ago, on Friday, October 31, baby A's water broke.

Early that morning, I woke up when Chris' alarm clock went off at 3:30a.m. and then a few times after that when he hit the snooze button. When I woke those different times, I noticed some pressure-type feeling I was having, but nothing too alarming or severe. I attributed it to a full bladder and the babies moving about. So around 6a.m., I finally got out of bed to use the restroom. I don't work on Fridays, so I planned on going to the bathroom and getting right back into bed.

The bathroom is only three steps away from my side of the bed and when I stepped onto the tile, I felt a gush of water come out of me. There was no mistaking where it was coming from or what it was. I'd read in the past that some women feel as if they "use the bathroom on themselves." No. Thats not even remotely accurate. It was obvious. It was a gush of water that seemed to never stop.

I immediately turned on the lights and started yelling for Chris. I was yelling his name and screaming in desperation, "No! No! I don't know what to do! What do we do? What's going on?" I remember feeling like I should cry, but all I could do was scream. God knew what was going to happen that morning and instead of Chris leaving for work at 5a.m. as he usually does, he was still in bed that morning.

I was only at 17 weeks, the end of 16 weeks actually. We had not planned for emergencies at this point because it was so early in the pregnancy. All we knew to do was go to the ER. So I threw on some jeans, my glasses, and the closest pair of shoes. I somehow remembered to grab my purse and then we were in the car. The hospital we needed to be at, the main labor and delivery hospital that my OBGYN is associated with, was at least 25 minutes away, but I'm pretty sure Chris got us there in 10 minutes. I was still in shock for the entire ride. The ride seemed to take forever, but no time at all. I don't remember what I was thinking in the car. I don't remember the ride at all. I don't even know if we talked. I remember getting in the car at home and getting out of the car at the ER entrance. That's it.

I explained why I was there to the clerk, she immediately called the triage nurse. I heard her say, "Twin pregnancy, water broke at 17 weeks." I was starting to freak out again after she began to ask for things like my insurance card, license, date of birth… I immediately told her my husband could take care of all of this, he was parking the car, and I needed to be seen NOW. She was understanding and at about this time the triage nurse had made her way up to to get me. She took me into a little room and sat me down to start asking questions.

As soon as I sat down, the adrenaline and shock of the situation left my body. I lost it. I cried. I was crying so much it was an extreme effort to answer any questions the nurse was asking me. Chris came into the triage area about this time and seeing him triggered even more emotions and tears. I was lost. I thought of how hard we'd worked to get to 17 weeks pregnant and knew it was all over. I was hopeless and devastated.

They then moved me into an ER room where I changed into a gown and was immediately put on IV. After I was somewhat settled into the room, the nurse came in with the doppler to listen to the babies' heart rates. Up to this point all I knew was that my water broke and I figured the babies were either ready to come out or already gone. I didn't know. All I know is that it was the most beautiful sound in the world to hear both babies' heart rates in the 150's. We still didn't know what was ahead, but we did know we had two babies with strong heart beats.

Ultrasound eventually came in to look at the babies. She couldn't say much, but we were able to see the screen. I watched baby B move and wiggle around as per usual and noticed baby A looked a little tight on space. We eventually found out that baby A's membrane ruptured prematurely. Medically speaking, it's called preterm premature rupture of membrane (PPROM) - which means the rupture happened before 37 weeks. In our case, it happened well before 37 weeks - extremely prematurely.

After the nurses received orders from my OBGYN, I received a catheter (eek!), I was moved from the ER to the labor and delivery unit, and I was placed in a slight trendelenburg position. At the time, I didn't realize what was going on, but looking back I realize they put me in labor and delivery because it was most likely that I was going to go into labor within the first 24 hours and I would deliver 17 week old babies that wouldn't make it.

God was with me from the second I got out of my bed that morning at 6a.m. He continued to be with me and my little babies through that day and days to come. I did not go into labor. I did start to have very mild, barely noticeable contractions the following day, but they quickly subsided. I received three different antibiotics which successfully kept infections away. Infection was a main concern as it would most likely pose a great danger to both babies and myself. I'm still susceptible to infection with an open sac, but it was most likely to occur in the first seven days following the rupture.

I've been in the hospital a little over three weeks now on bed rest. Both babies continue to have strong heart rates and are growing! My belly has doubled in size and at the latest ultrasound they were measuring over 20 weeks! Up to this point we have received countless miracles thanks to the power of prayer. In the past two weeks, all three of us have remained stable. Baby A is still without fluid, but is growing. Baby A does constantly have a full bladder and is making fluid, but because of the unhealed rupture, it leaks out.

I pray daily and multiple times a day that God will place his healing hand on the ruptured sac. The concern with lack of fluid is decreased lung development as well as muscle tone. Although this has not happened yet, I do know God has been with both these little babies and me; we're just so happy to be at this point with growing babies.

Baby B is in a separate sac that's currently full of fluid and not effected by this situation.

Our current goal is to make it to 24 weeks, which will be the week of Christmas. At 24 weeks I will receive steroid injections that will help with Baby A's lung development. And 24 weeks is the point at which the babies are viable if they are born.

I plan to document and share updates on this pregnancy via my blog. I hope you all follow along and I ask that if you have any time to please lift up my little babies in prayer. Specifically praying for baby A's need for fluid, resealed sac, and no infections for any of us!

This isn't the situation we pictured, but I know God had a plan set out for these two little babies before they were even thought of by Chris and me - and that gives us a great peace.

That must have been so scary. So glad to hear things are looking okay so far. I will be thinking good thoughts for all of you!

I will be praying every day for you and those babies! God bless!

That must have been so terrifying. I'm so glad things are looking good. I'll be praying for you and those sweet babies!

Linley,
Thank you for continuing to share your journey with us. I cannot even imagine what you are going through. Your sweet girls are so, so lucky to have you as their mom. I'm keeping you and your family in my prayers.

I am glad you posted because prayer warriors are reading and being called to action! Praying for your babies to grow and mature without complications, for peace that passes all understanding to guard your heart and mind and most of all, for a miracle healing in the membranes and all fluid to be restored. (also, now is a great time to reach out to BTDT mommies who will offer you encouragement and know what you're going through in this very moment. In case you don't have a starting place, here is Carrie's blog http://eliandzoe.com )

Things are looking positive! Sending many prayers for your sweet babies and you.