Chris calls me around lunch time Friday and asks if I want to go out to eat. Since I'd been crammed up in the house all. week. long. (from being sick) I said yes before he could even finish asking. I decided to get dressed up. I'd pretty much been in pj's in bed all week. I think a pair of jeans and a blouse would have been sufficient, but I liked this better. We ate at Tally Ho and y'all, it was delicious. I got the filet mignon (obviously). And it was delicious. Perhaps the best. Definitely competes with the deliciousness that is the Angus Barn.
After dinner we hear on the radio about the crazy shenanigans going down at a local bar/club kind of deal place. We give each other this look and nonverbally agree we should go. Just to check it out. And it was exactly what we had thought. We were those people non dressed up, standing off to the side, and watching. It was a blast. We did make it to the dance floor for one song. After that I was exhausted and ready to go home. 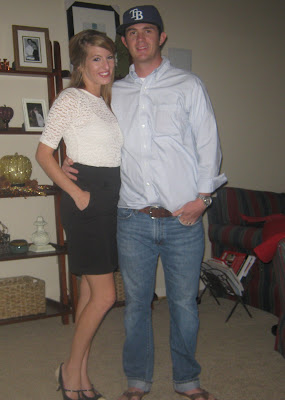 We got koozies at Tally Ho. Obvi. 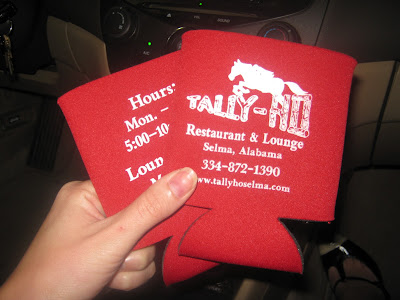 Chris had asked me last weekend to make him some Funfetti cupcakes. So I finally got around to it. And as simple as they were to make, they were just as delicious. 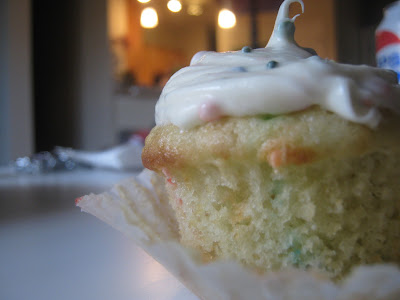 Saturday Maeby insisted that she needed a costume. Last year she was Tinkerbell so she thought this year she should up the spooky level. So she decided to be a bat. The more she walked around, the more we thought she looked like the Flying Monkey in the Wizard of Oz. 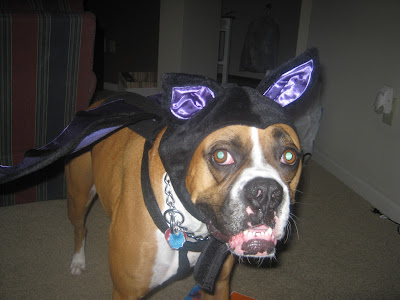 And then Chris wanted to fly around too. 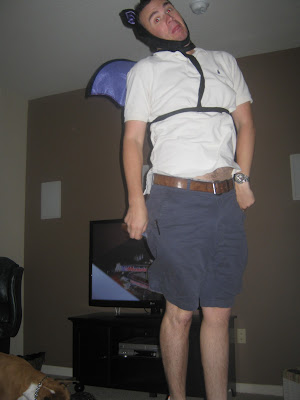 Email ThisBlogThis!Share to TwitterShare to FacebookShare to Pinterest
Labels: Halloween, life, over the weekend