Writing this post has been heavy on my heart for quite some time. In fact, shortly after my daughters were born, I came across this video of a woman going undercover to expose the late-term abortion industry. A real eye-opener if you take the time to watch. The video crushed my heart because the undercover "planned" abortion was at 23 weeks and 2 days - which was the exact gestation that my babies were born.

In the recent year, as my life as travelled in directions I never dreamed, I have found the idea of late-term abortion makes me so uncomfortable and livid that when I really get to thinking about this selfish act, I can feel my blood pressure rise. I can feel myself being taken over by disgust and disappointment in those that choose, support, and complete these violent acts.

Maybe this is your first time to my blog. If so, I have some explaining to do. In 2014 I became pregnant with (fraternal) twins after two years of desperately trying to conceive. Both beautiful girls! At 16 weeks gestation, the lower baby's water broke. Miraculously I did not go into labor and was able to stay on hospital bed rest for seven weeks. At 23 weeks, her sac, which never re-sealed, developed a slight infection and threw my body into labor. My prayer was to only deliver her, but her sister could not stand the idea of being alone and decided to follow her big sister. Due to the lack of fluid for the past seven weeks, our first baby girl's lungs were not ready for this world and she passed shortly after birth. However, our second daughter was born moving and breathing and the NICU team was able to successfully intubate her. She spent 115 days in the NICU and is now 14 months old and perfectly healthy. A true miracle and testament to the power of prayer!

So let's go back to the day my babies were born and focus on my daughter, Sadie Ann, whose sac was intact up until delivery. She had no complications during pregnancy. She was simply born prematurely. Extrememly prematurely. She's called a micro-preemie. She was one-pound and six-ounces. She was 11.5 inches long. Her foot measured an inch. Her hands the size of my fingernail. She was impossibly small. Unimaginable unless you've seen if for yourself.

Still, despite her size, she was still a human. At 23 weeks and 2 days gestation she had a heart, a brain, lungs, stomach, eyes, hair, fingers, toes, nails, and a personality. Sure, she needed medical intervention to be given a chance to live, but her need for lung support, medication, and medical attention doesn't de-value her life.

When an adult is in a horrific car accident or an elderly person has a CVA (stroke) and requires lung support, medication, and medical attention we don't then consider them no-longer a life. No, we provide them what they need to hopefully pull them through their particular medical event. No difference in a stroke patient and a baby born at 23 weeks when it comes to the need for medical attention to hopefully save the life.

The thing that baffles me most about late-term abortion is this. Consider the day my daughter was born. Again, she was 23 weeks and 2 days gestation. That morning, prior to her birth, I had every right to go to a clinic and have her "humanely" aborted - also, although not as popular a term - killed. However, that afternoon, after she was born, if the same abortion process was preformed (you know, a large needle haphazardly injected into her brain, her limbs ripped off, and then her body parts sold or discarded), it would have been considered murder.

The baby didn't change. The only thing that changed was the name of the method used to kill it.

Same day.
Same torturous method.
Abortion if it's in the womb.
Murder if it's outside of the womb.

Our laws and our views have become so blurry and so desensitized that we only see and hear what we want. We overlook, or even ignore, the reality that it's still murder. It's tortuous for the child.

We've stripped babies of their right to life simply because of their location.

In explaining these truths, I simply want to bring awareness to anyone considering abortion and especially those considering late-term abortion. When the clinic says to you at 20, 21, 22, 23, 24 weeks... "it's not a baby yet" or that "the baby doesn't have all it's parts" they are lying. They are simply providing words to make you feel better about murder so they can remain a business. They are taking advantage of your lack of education.

Sure you might not have planned to become pregnant and may not be able to take care of a child - and that's ok! There are so many options for you and that child without stopping his/her heart and then removing the baby from your body by pulling off an arm and leg one at a time (yeah, it's harsh). Adoption is my favorite option available to you and so many (SO many) couples would love the opportunity to raise and provide for your child if you are unable or are not ready.

Consider your options. There are so many!
Consider that it's not just your life when abortion crosses your mind.

Here is my daughter. This is what a baby born at 23 weeks looks like. 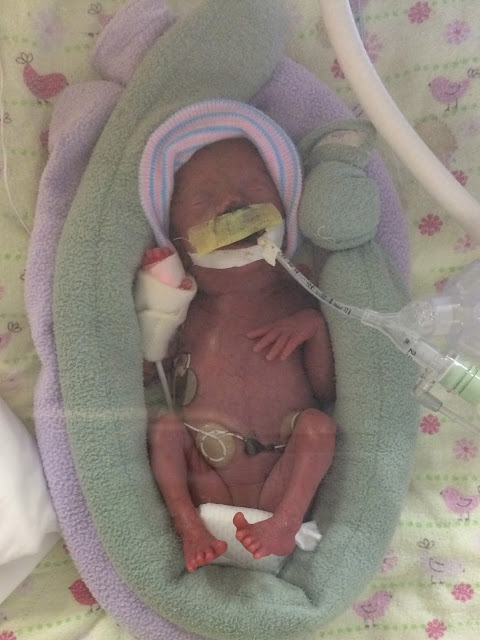 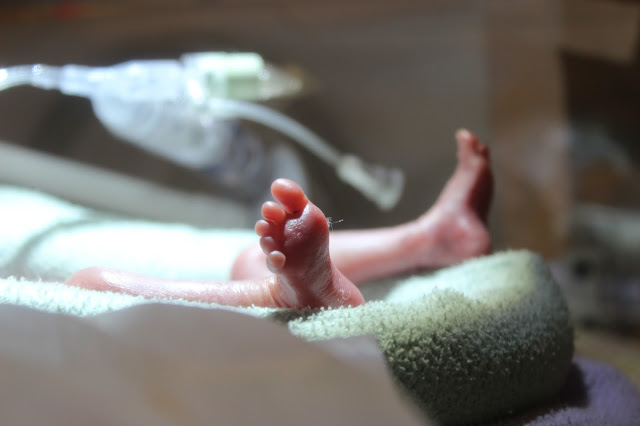 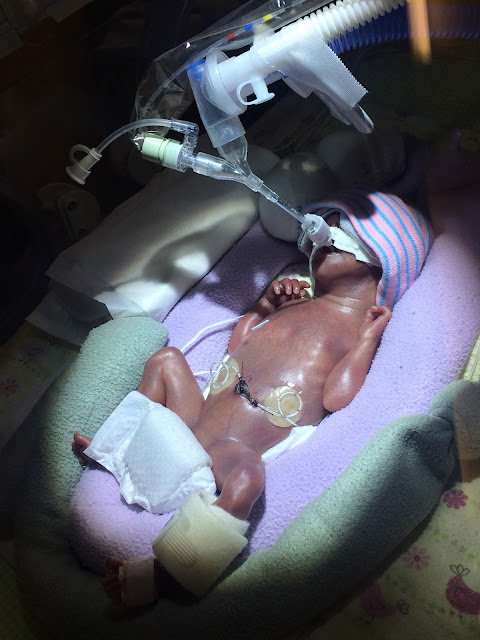 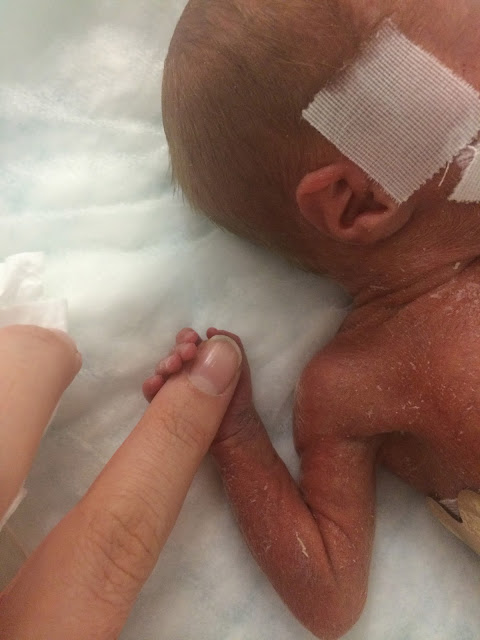 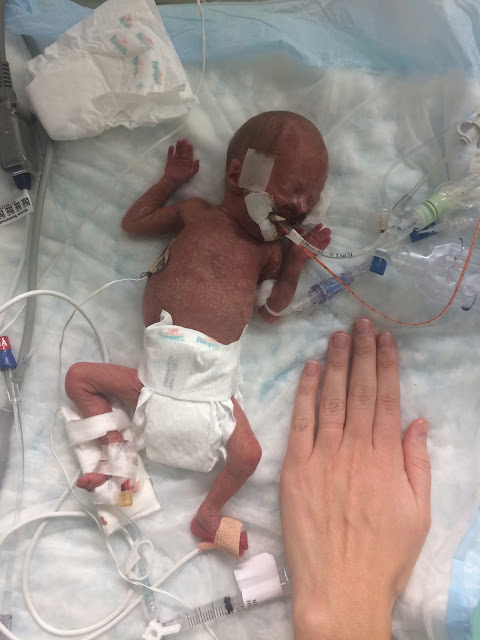 This is what that baby can look like a year later. Beautiful, healthy, and happy. 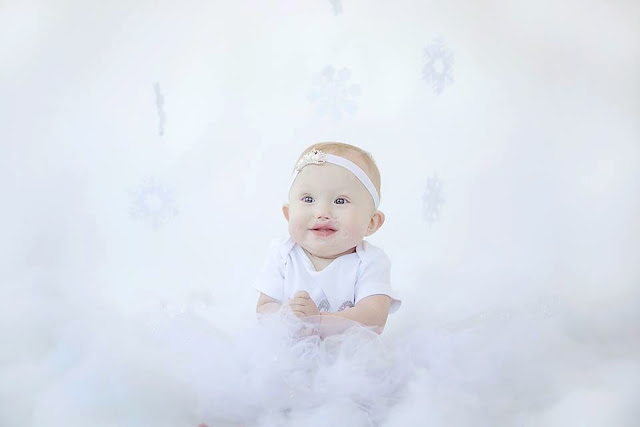 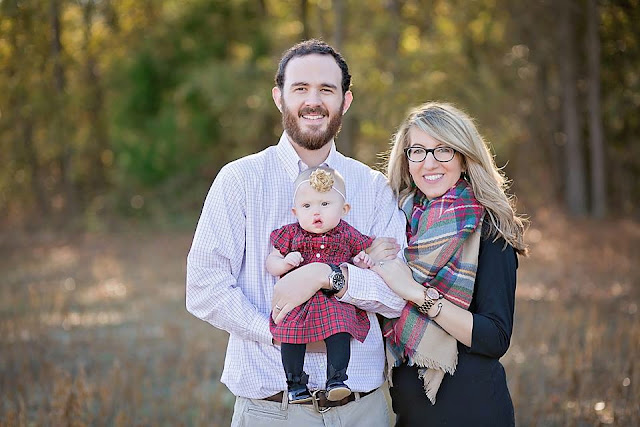 That video makes me want to vomit. I have always been "pro-choice" for no apparent reason. My views have now changed. I have 2 miracles of my own, I can't conceive how they can legally do this. She seriously said the baby won't come out "whole." Ugh. I'm sorry I'm just, I'm stunned. Thank god for your 2 miracle girls, living and not, thank you for letting us follow your beautifully hard journey. And thank you for sharing this.

I think my favorite line of this entire post is "they are taking advantage of your lack of education." You spoke so much truth here, my heart explodes, and aches for these women and all women who have chosen to abort. I pray for them and their loss and their hurt. It will haunt them daily, whether they choose to admit it or not. Thanks for your bravery on this post.

I wish your story and pictures could be shared with all women considering abortions... so beautiful and powerful! Thank you!

Chanced upon your blog. Thanks for sharing. I had a miscarriage in 2014 too. Though I have an 11-mth sweet baby girl now, it is still heartbreaking to occasionally be reminded of my lost child.

Just recently lost my little Gemma Hope, she was 23 weeks and 1 day at birth. She passed at 2 days old due to severe Multicystic kidney Dysplasia that we knew would affect her chances (preterm labor/delivery was the surprise in it all).

We miss her so much - your photos are so similar to the ones we were able to take of our tiny girl. She had eyelashes, rapid eye movements under her eyelids. She was gripping onto my finger so tight her fingernails turned white. Her fingernails were the size of poppy seeds.

I hope that Sadie Ann and my Gemma Hope both provide a testimony to others about the value and joy of life no matter the age in the womb. We love our babies so much, thank you for writing this.