Friday morning we packed up and headed three hours south to Destin, Florida. This was our first time getting out of town in almost a year. Yeah, a year! It was much needed to say the least. It was also Sadie Ann's first long car ride, first time in a different state, and first time to the beach.

We spent the weekend with Chris's parents and grandparents at their family condo. Since there were plenty of hands that wanted to hold, love on, and take care of Sadie Ann, we were able to relax and have some time together. 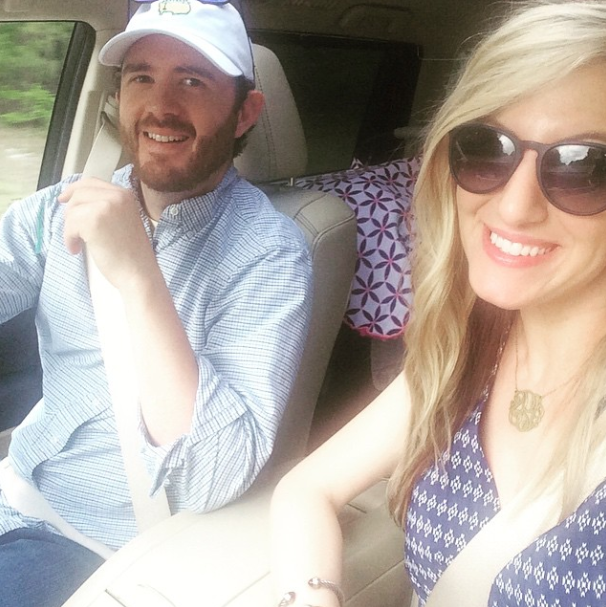 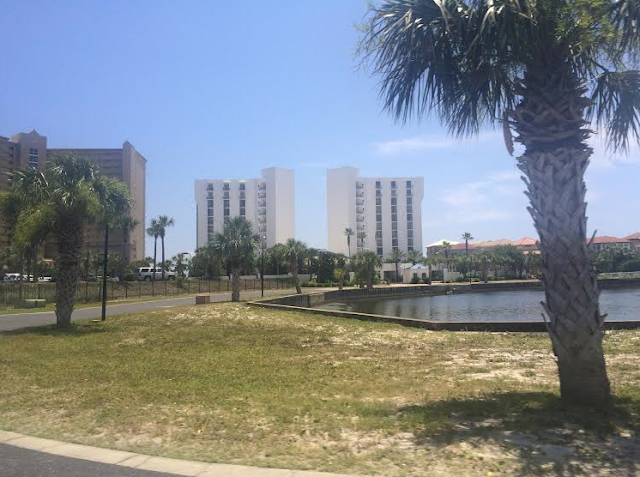 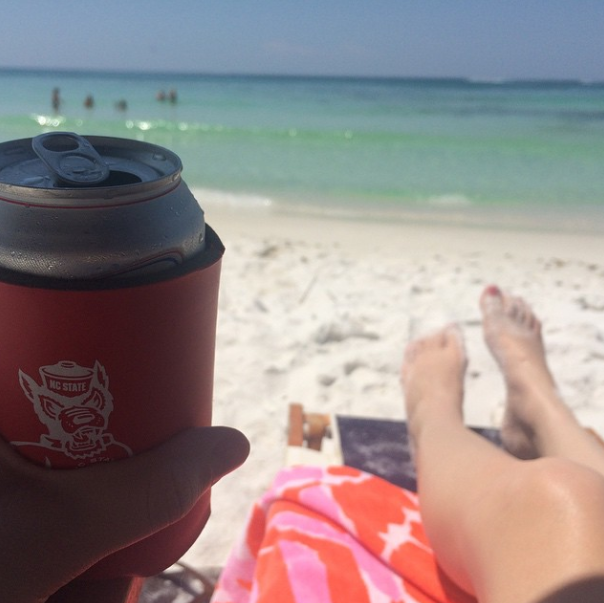 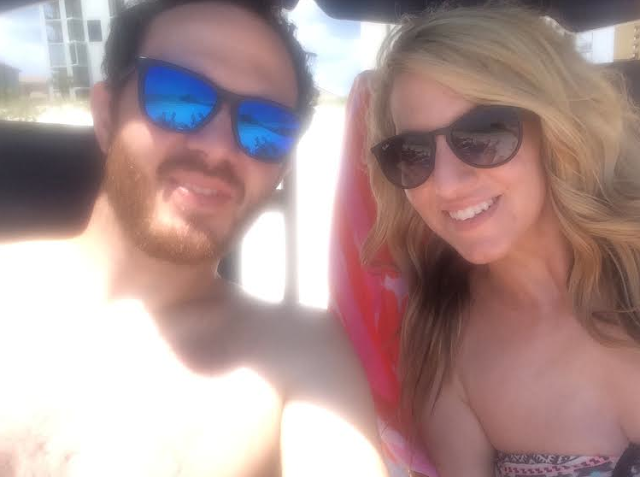 We spent Saturday morning and afternoon on the beach - drinking cold drinks and taking in some vitamin sea (and D). Since it was early June, the beaches weren't cluttered and were fairly quiet. It was so relaxing to just stare at the water, listen to music, and not have a care in the world. However, as most parents know, we spent quite a bit of time talking about our Sadie Ann.

After a few hours on the beach, we headed in for an obligatory post-beach and pre-night out nap. Once the sun began to go down, we took Sadie Ann out to dip her toes in the water for the first time. We all assumed she would not (yet) be a fan of the water and sand, but much to our surprise, she seemed to enjoy sitting in the sand and having the waves run up around her. 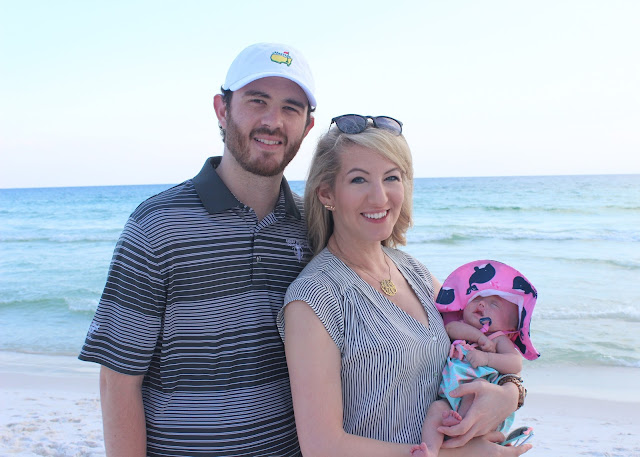 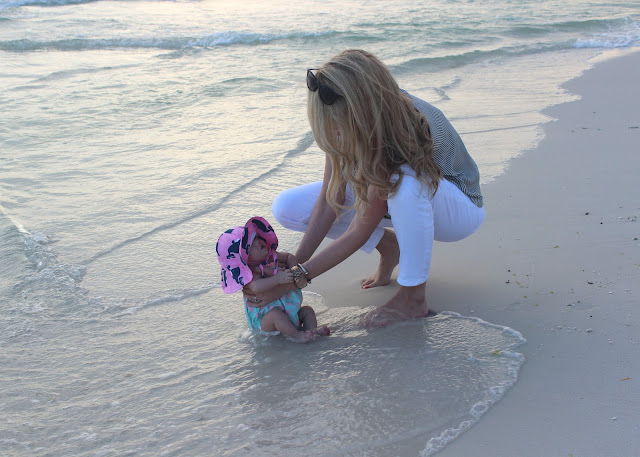 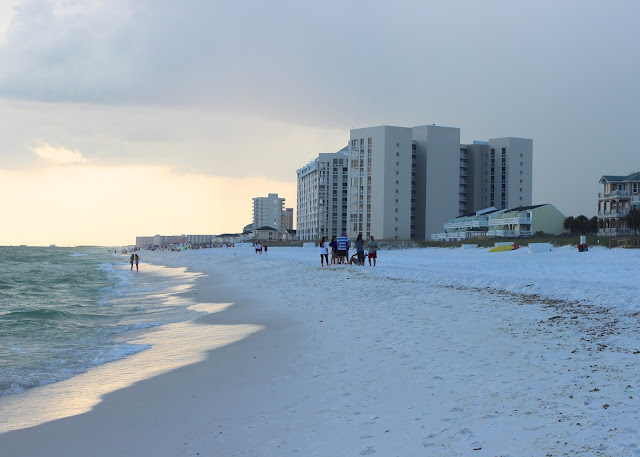 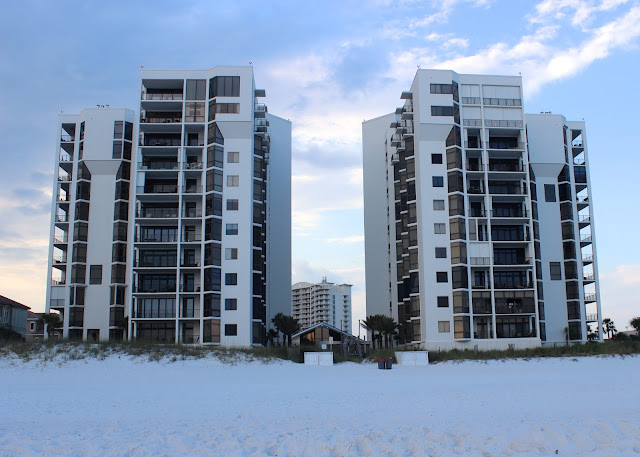 Her great grandaddy decided he wanted to take a dip as well! 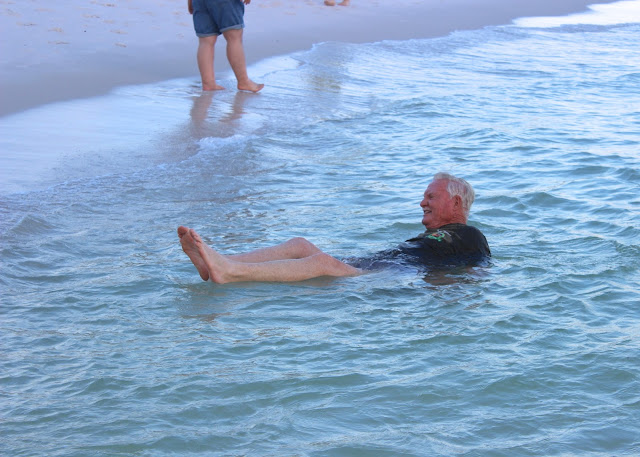 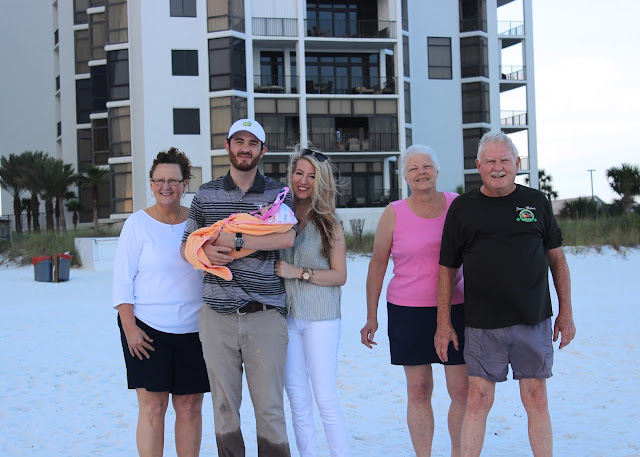 So after introducing Sadie Ann to the ocean, Chris and I headed out for date night. Before getting on the elevator I said, "Let's snap a picture." This was the result. He's pretty notorious for having his eyes closed during pictures, 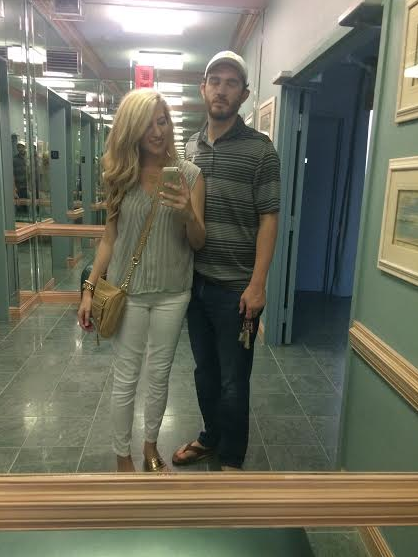 We ate dinner at Dewey Destin's and it was delicious. We had the perfect seat on the top deck that overlooked the water. After dinner we walked down the boardwalk. We listened to some live music, did some people watching, and drank frozen beverages. 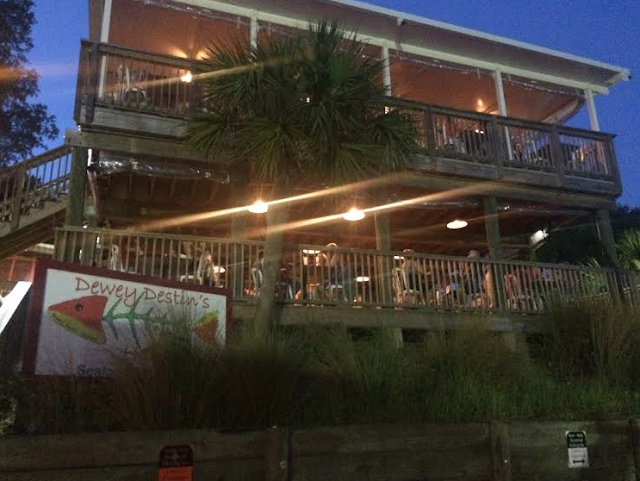 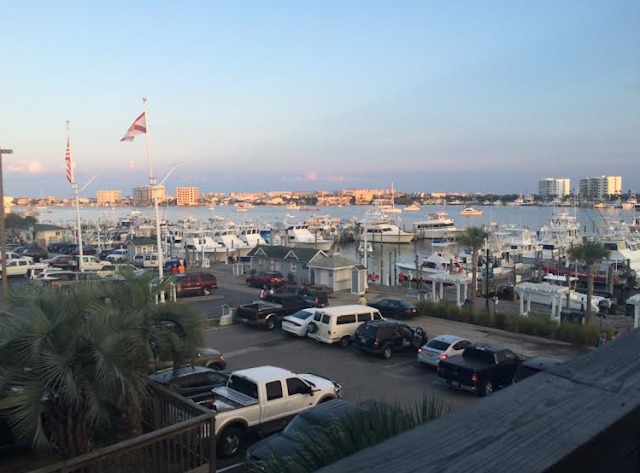 It was a quick, but wonderful beach weekend!