Journey to Baby: First Cycle with RE // Part II 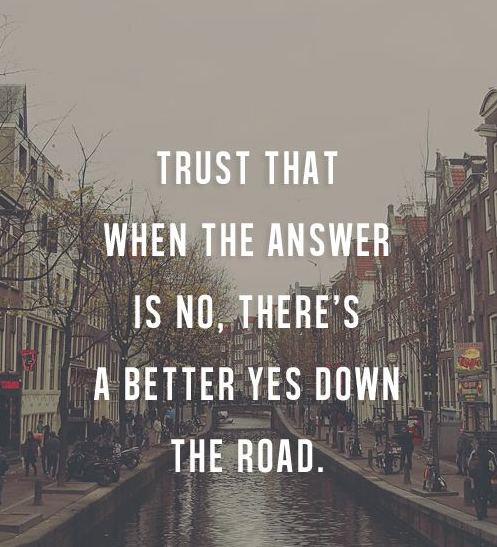 Journey to Baby: First Cycle with RE // Part I

So that morning of our IUI we went in for part one of the visit - the husband's part. You know. So he did his thing. Now, we had the option of collecting the specimen at home as long as it gets tot he office within 30 minutes, but we lived 20-25 minutes away from the office and I just didn't want to take the chance. Of course it's a more comfortable way of doing things, but my comfort was in making sure all those swimmers stayed alive and swimming. I wanted them to go straight into the cup and then straight into the hands of the lady cleaning and preparing them for the injection. That's what made us most comfortable.

So the cleaning of the sperm - which is to concentrate only the rapid-motility sperms - took about 45 minutes. So we left and had breakfast as our little guys were being prepped for the long race!

Once we returned to the office, we were immediately called back to the "IUI room" - a small room with the typical exam table - stirrups included, the exam lamp, and a sink area. Very small and minimal. Much like any gynecological visit, I had the pleasure of removing the lower portion of my clothes and covering up with a paper blanket.

Shortly after undressing, the nurse practitioner came in for the procedure. She handed me the vial of our swimmers to double check information - that is was indeed my husband's and not someone else's. Time out - this is my biggest fear. BIGGEST! The idea that samples and specimens could get mixed up. For this reason, I scheduled all our appointments for 7a.m. insuring we were the first. I know it's very unlikely - especially since this office is so small, but it's a legit fear. Luckily, that day we were the only couple doing an IUI. Shew! The information checked out - it was my husband. So we moved forward. I held the little guys and kept them warm in my palm while the NP got set up.

The IUI procedure was a combination of getting a yearly physical and the HSG I had back in October 2013. It was very quick. Painless. Mildly uncomfortable at the worst (mostly because of the speculum). Once that was in place, a catheter was inserted into my uterus and on the other end of the catheter was a syringe. She took the swimmers from my warm grip, immediately placed them in a syringe, and just like that, our little swimmers were injected directly into my uterus. I felt a little bit of cramping, but honestly nothing compared to the HSG. And then it was over. I was instructed to continue lying down for 15-20 minutes and then I would have an ultrasound.

The ultrasound was just to double check that there was indeed some fluid on the ovaries - indicating ovulation was imminent and everything was done correctly. And it was. Bring on the two-week wait (TWW - a common acronym for women with infertility).

I had a week between my IUI and my next appointment. Which felt slightly odd as I had spent the past week or so either at the doctor's office or at least giving myself shots of some kind. So it kind of felt like a vacation. Exactly a week later I came in for blood work to test my progesterone. A certain level of progesterone indicates if ovulation occurred. That's it. It does not indicate pregnancy - just ovulation. The higher the number, the better quality of the egg and/or the more likely that there was multiple eggs released. I can't recall my exact progesterone level this cycle, but it was satisfactory - I want to say just above the recommended number. So I definitely ovulated. Yay!

So I was to then again come back in a week to do a HCG/beta blood work (which tests for the pregnancy hormone, HCG) to see if infact I was pregnant. I was told HCG needed to be 25 or greater to be considered pregnant. Since this was our first cycle and I was feeling good about it, I requested that the nurse leave the results on my voicemail. I knew the results would be in before either of us got off work and I thought it would be special to listen together. So whether it was positive or negative, we'd be there for each other. Well around 2p.m. I saw I had a new voicemail from the clinic. It about killed me to know that the results were there, but I had to wait. Chris got home a little earlier that evening and we immediately sat down on the couch and pressed play.

I already had a feeling that this cycle wasn't successful. After months and months of trying without success, you get very familiar with what it feels like to not be pregnant. And I didn't feel pregnant, but still had some hope. Maybe it feels exactly the same?

As soon as the nurse started her message, I knew. I could hear it in her voice. She left a very sweet message, but ultimately said my beta test was negative and it did not work out this cycle. She never said what my beta number was, but it was obviously less than 5 (5-25 is considered possibly pregnant and requires additional testing a couple days later).

We were quite for a few seconds. Chris put his arms around me and immediately became the comforter and cheerleader saying it was OK and that we'd try again next time and he seemed to move forward from this a lot faster than I did. I stayed on the cough for a while, just starring into space. I considered all the money, straight out of our pockets, that was spent (and now feels wasted) on visits, ultrasounds, and medications. We also received six bills this day from the lab company totaling over $1,000 - just from our first initial visit. Nothing like rubbing salt in the wound.

This negative cycle really hit me hard. I considered the idea that we may move forward and do two or three more IUIs, but what if they don't work? And what if we move on to IVF and that doesn't work? What if we waste another year or two years and thousands of dollars more and none of this works? What if I'm not physically able to become pregnant? What if none of this works and we waste all this money and time that could be used towards adoption? A thousand "what if's" just running through my mind. I was not myself. I was super negative. And I didn't know what to do next. I was scared to try again and fail.

I took the rest of the evening to be sad. I think that's important to let yourself grieve in these situations. Others not going through this may not understand, but I do. You need the time. It's a tough road to walk and it's not good to suppress feelings - especially when you hurt - because it does hurt. I've said it before - because infertility is such a quite subject, those of us dealing have limited outlets.

Fortunately I had one friend. One. She was going through the exact thing - and one friend was all I needed. Just someone that was there to listen with an understanding ear. Someone who could share similar experiences. Between her and my faith, I made it through my first negative cycle with the specialist. My mom also was scheduled to fly in the following day to visit for a couple weeks - it was wonderful to have her there immediately after getting the negative test to take my mind off of everything.

So between the negative test and my next cycle, it was time to decide what was next - taking a break or keep moving forward. I had no clue what I wanted to do.

Thank you for sharing so detailed about your experience, Linley! I am learning a lot. Did your parents know you were trying IUI at the time?