Daily Threads: A Day at the Park

I'd recently heard from someone I bumped into at our mailbox that there was a dog park close by. Now I'm not a huge fan of dog parks (mostly because Vets warn it's the number one place for your dog to get injured), but I figured during the middle of the day there might be less people there. And I was right - no one was there. Maeby had the whole park to herself! So we bypassed the fenced-in dog area and let her roam around this open field. 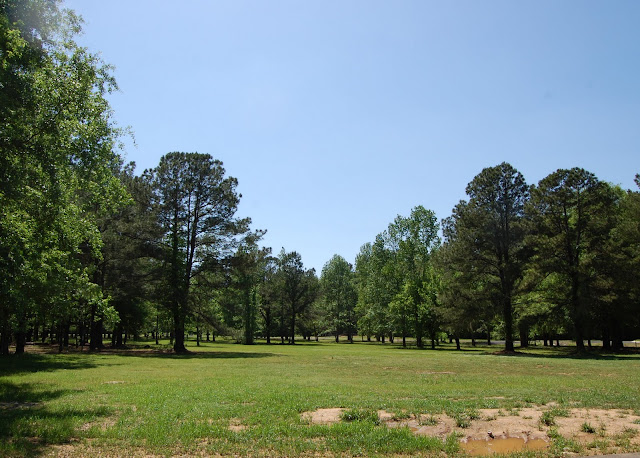 She had a blast. Mostly because my brother could throw her stick about three times farther than I could. Oh yeah - did I mention my brother is visiting? He flew in on Sunday and is visiting for the week! And this weekend my parents are driving down and visiting! I'm so excited to have a house-full of family! 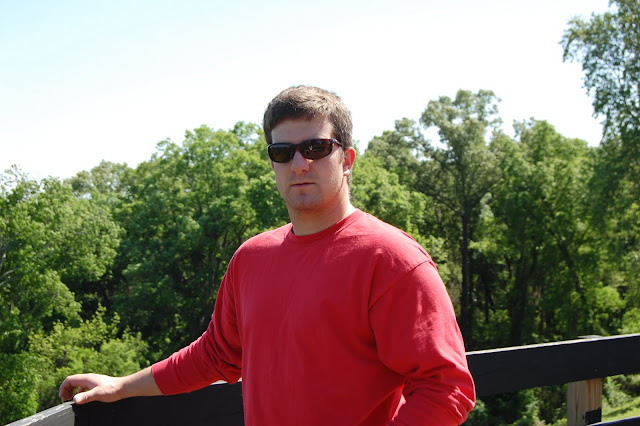 Since my brother is like a hundred times better than a tripod, he snapped a few photos while we were at the park. My park attire is very casual and comfortable as I like to run around and chase Maeby - encourage her to get all that energy out! And she did! 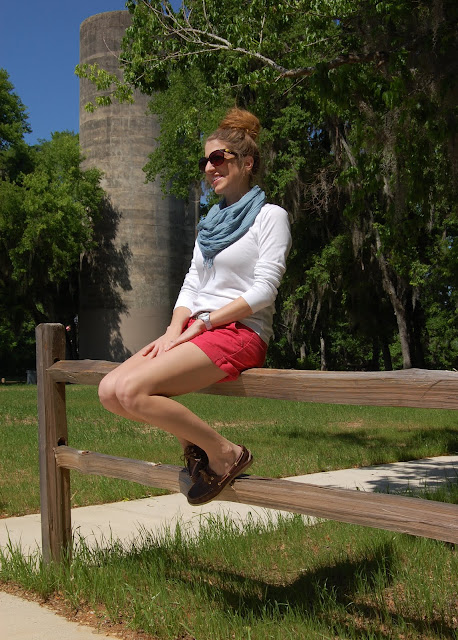 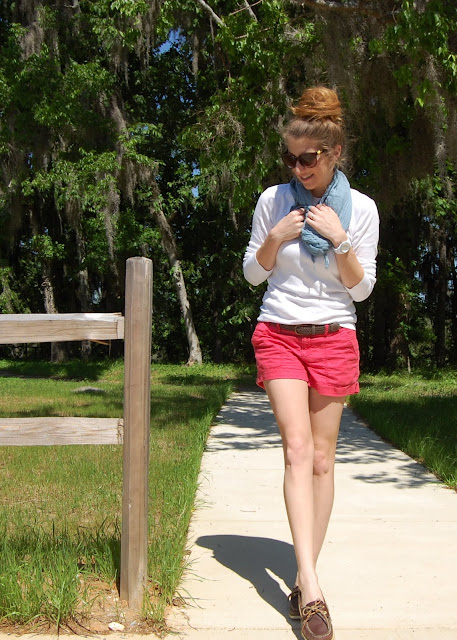 {top & shorts: gap, scarf: target?, belt: mom's, loafers: sperry}
When we got back to the car we found Maeby in the driver's seat ready to take us wherever we wanted to go. She asked if she could drive us home, but I said I'd prefer she have thumbs before getting behind the wheel. 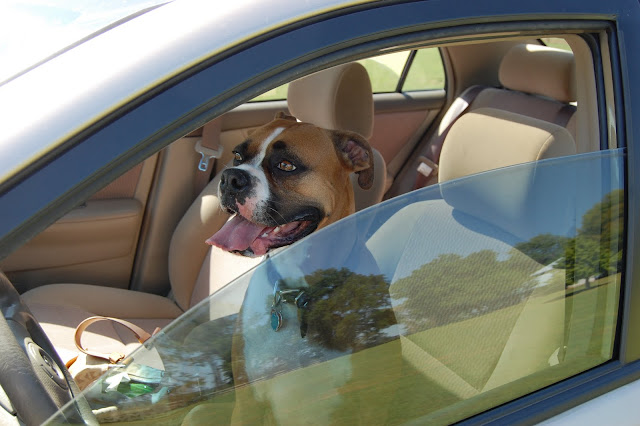 If you haven't already, would you pretty, pretty please hop over to this post on Makeunder My Life and vote for my look. There's no joining or signing up - just leave a comment with Linley J - Dwelling and Telling. I would appreciate it SO much!

Aw Maeby is adorable! Love the colour of the scarf and shorts :) Just voted xo

What Would a Nerd Wear said...

you look adorable. i kind of love looks like these way better than the super-fancy stuff, because i can see wearing it just about anywhere. plus if i saw you in the park i'd think "how snazzy that gal is!"

Maeby is the cutest!! i also love the color of these shorts on you and they look great paired with the loafers!

Awww she is too cute for her own good! And I love your colored shorts and your rocking bun!

What a perfectly stylish comfy outfit for running around! And Miss Maeby is just too cute!!

You're not going to tell me what you're wearing?! :) I love those shoes!

Lucky Maeby! My dog wouldn't have any idea what to do in a dog park, but she can tear up an open field! :) I'd have asked Maeby to drive me for ice cream!

And I LOVE your erranding/dog park outfit. You didn't sacrifice fashion for comfort- I'm impressed!

I love this casual look! Its so perfect for taking the pup to the park with your brother. Those coloured shorts are ammmazing. I want to take my dog out now!
xJennaD

Maeby is so freaking cute! And that looks like an absolutely lovely day at the park. If only it was warm enough here for a day like that.

And I totally love it when my house is filled with family. Though after a week I am definitely ready for alone time!

You look gorgeous by the way!

Red white and blue are my go to wardrobe colors. This looks so classic american paired with boat shoes! Hope you had a lovely day with your brother! Y'all match.

love those sperrys! what a perfect park outfit :)

Oh my goodness, the big goofy smile on that gorgeous pup's face totally made my day.

You look so cute! Love the color of those shorts.
And you already know I'm in love with Maeby :)

Done, I voted for you! I always like you top knot, but on these pictures it looks particularly awesome, guess it's bigger than usual, and I love!

Love this look! This post makes me miss Alabama! I love the Spanish moss in the trees and your Sperry's. I wish we had some of that sun and heat here but I will be feeling sorry for you come summertime haha.

A pair of sperrys in on my wish-list, fingers crossed!

Linley!! Those shoes are really cute!! I just bought a pair the other day! They are soo comfy too!

This is PRECIOUS! I love dog posts! Enjoy your family! Love your park attire, toooo! :)

love this look! adorable! btw, wanted to let you know i linked to your site on this post: http://lilmissmarch.blogspot.com/2011/04/maxi-dress.html

this preppy weekend look is supercute - totally digging the sperry's - and they're not usually my thing!