Over the {Long} Weekend

I worked Saturday and Monday on this holiday weekend, but it still felt like a weekend - which is pretty amazing. Friday, after work, we headed to downtown Montgomery to try out Lek's Railroad Thai - an authentic Thai restaurant that's a part of Union Station. We had sushi, wine, and Pud Thai - all delicious. The parking deck beside the station has a cross-walk on the top floor that crosses over all the train tracks and leads to an over look. We made it out just in time for the sunset. 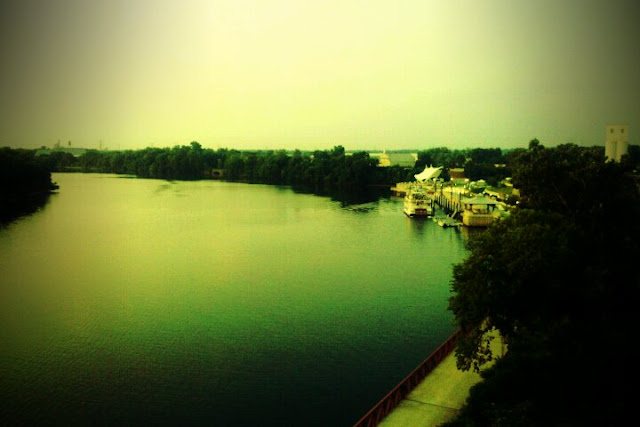 Before leaving for work on Saturday, I picked off the first three cherry tomatoes from our plant! They were delicious. Saturday evening we grilled out with some friends. 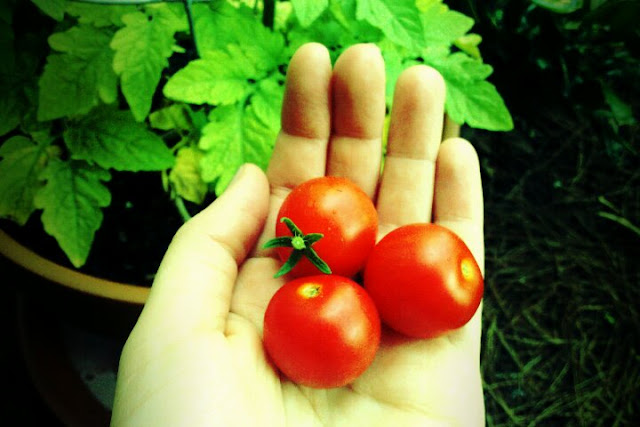 Sunday we were lazy. I don't have a picture for that, but just imagine us in our pj's, sleeping in to an unmentionable time, watching tv, eating snacks, taking naps, and Maeby sleeping through it all.
Monday I worked about a half of a day. After work I went to Earth Fare to pick up some delicious veggies and some awesome looking steaks for grilling. Husband took care of the steaks and I dealt with the veggies. It was delicious. 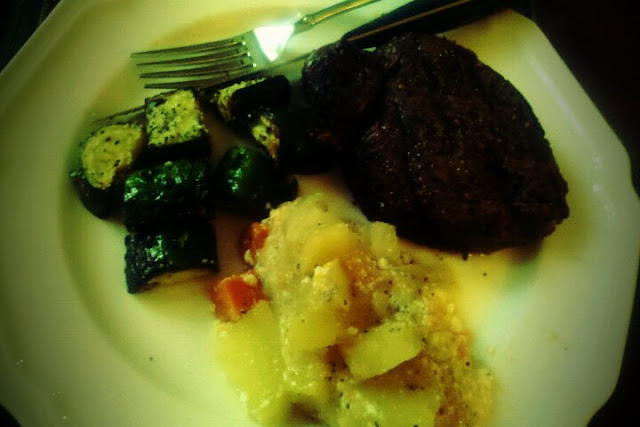 After dinner we headed downtown. The fireworks were going off near the high school stadium, but we decided to set up shop behind Main St, at the park by the river. It was nice seeing all the children run around and play and once the fireworks started everyone was still and silent - it was quite the site. 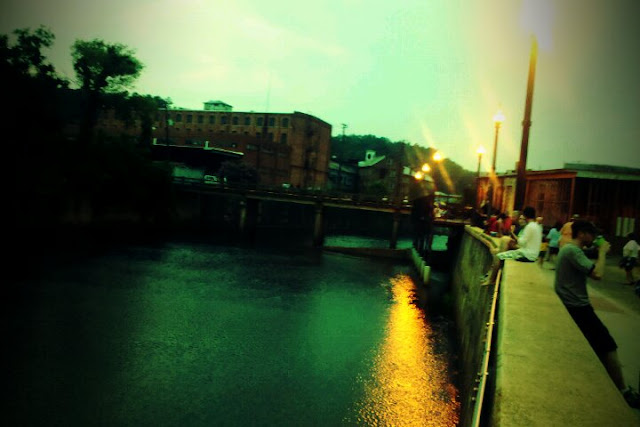 About halfway through we decided to dodge traffic and head out. Luckily, we took a different route out of downtown and ended up directly under the light show! So we parked on the side of the dark road, rolled down the windows and sun roof and enjoyed the grande finale - just the two of us, directly under the fireworks. It was breathtaking and amazing. 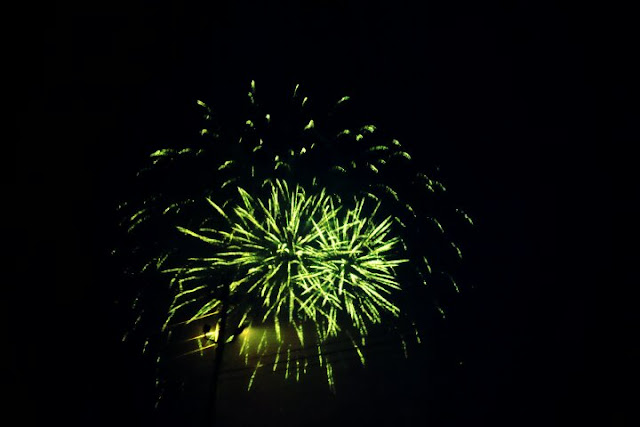 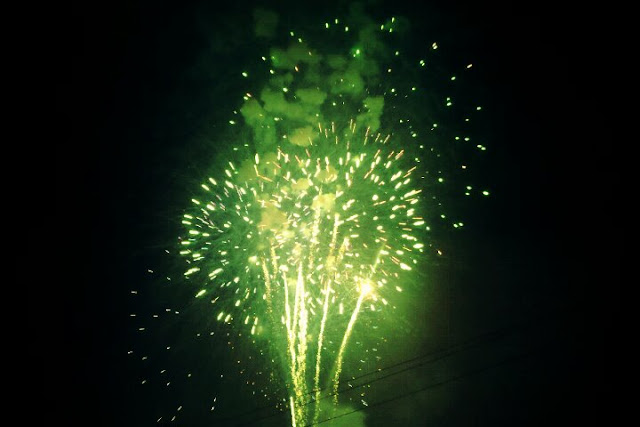 Email ThisBlogThis!Share to TwitterShare to FacebookShare to Pinterest
Labels: family, holiday, life, over the weekend

I am glad that you had a wonderful weekend, and that it felt restful even though you had to work!

Sounds like you had a lovely weekend and made the best of it even though you had to work too.

Your tomatoes look great! I had a tomato plant last year and was so excited when my first ones appeared!

hooray for long weekends! i looove the last fireworks picture.

I love that first photo! Gorgeous!

Awesome images! Loving the fireworks shots! Great blog! Love the style and recipes :) Follow each other?