Mom and Dad surprised me by coming on Friday! They were supposed to be getting in mid-afternoon on Saturday, but decided to show up early - which I was ecstatic about! I was out running a few errands and received a photo text message from my dad of a landmark near our place. I immediately knew they were here and raced home! 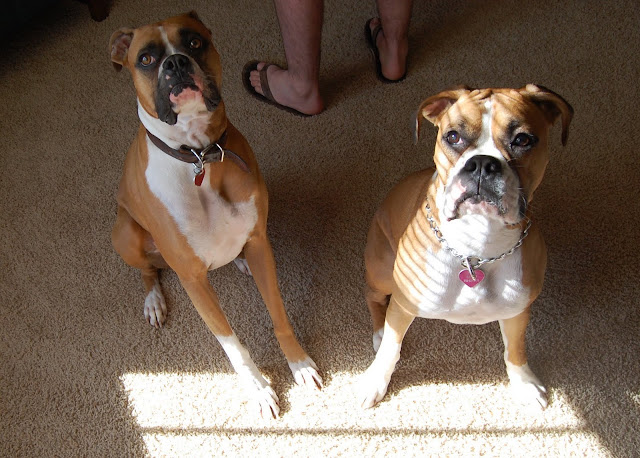 {the girls were so happy to be together - they took a break from playing so I could snap this photo}
Friday night was pretty exciting. We were under a tornado warning for a couple hours - and heard the tornado alarms all night. We were so lucky here - the bad weather hit above and below us. We completely dodge all harmful weather. It was a blessing!

Saturday we had a large breakfast and then headed out to the grocery store to stock up for the week! (yes, they were planning for an extended visit!) The storm that hit us Friday night was making it's way up to NC. We began to watch the weather channel and see that it was getting worse as it got to NC. I started getting live updates on twitter about the tornadoes. The reports indicated they were getting closer and closer to my hometown. Within an hour we received a phone call from my cousin that a large tornado had hit a portion of my hometown - and that portion involved the street my parents live on. A tree had fallen on their house.

I think we were all in a bit of shock. We received a few text messages of pictures of the damage. It wasn't pretty. We all kind of knew that their trip here was now cut short. The damage was pretty bad and they needed to get back home. It was definitely a bummer as we all had looked forward to this week - just hanging out and spending time together. I hadn't seen my parents since Christmas, so even the super short visit was wonderful, but a long week would have been much better. 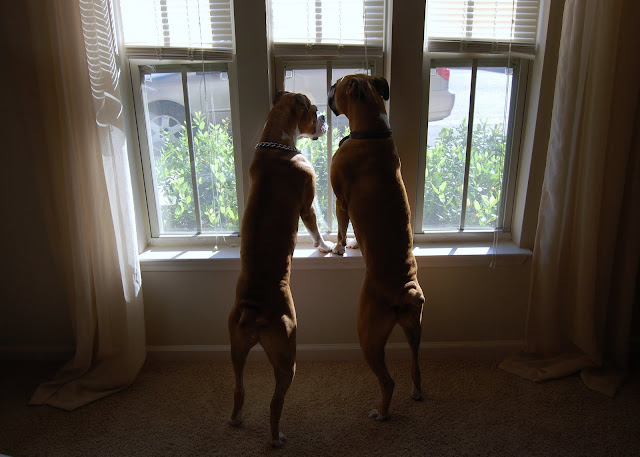 {watching as mom and dad pack up the truck}
Their week long visit turned into a less than 48 hour visit, but I'm just so happy that they were safe during the storm! The damage is bad, but it always could have been worse. The best picture of the ones we received is definitely the one below. While my parents were ten hours away and worried about their home, they had loving family, friends, neighbors, and even strangers working together to get the fallen trees out of the yard and off the house and get a tarp over the damaged roof. Such a blessing for my parents and a bit of relief as they made their trip home. 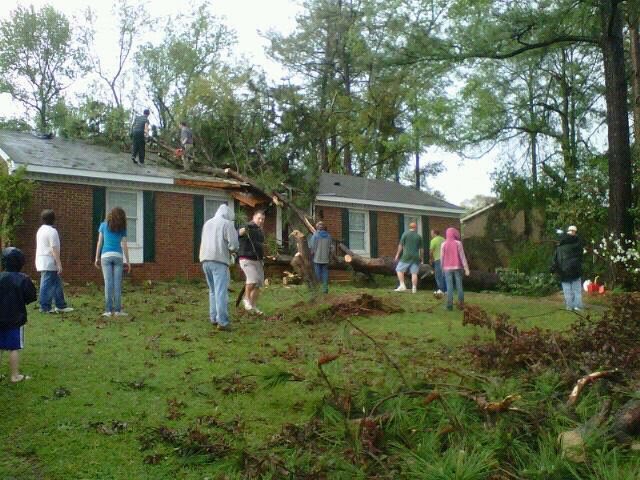 Update// Below is a picture of the house before everyone came out to help.
Also, it was determined that a F3 tornado hit the area. 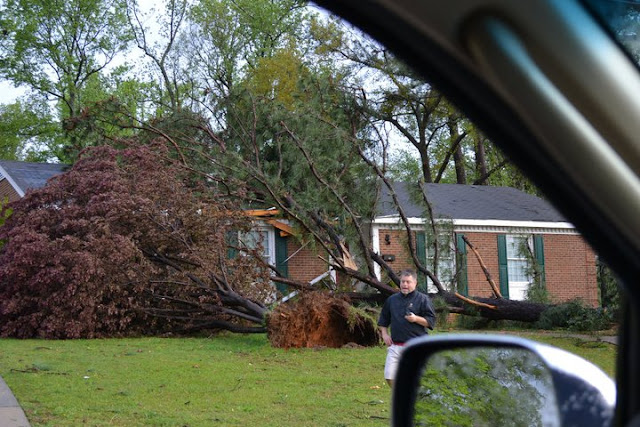 Email ThisBlogThis!Share to TwitterShare to FacebookShare to Pinterest
Labels: family, life, over the weekend

What an awesome group of neighbors and friends to help out your parents!

Oh my goodness, how scary! I'm glad they weren't stuck in the house when the tornado struck. That would have been terrifying!

That picture of your puppies looking out the window is adorable! I love it. =)

The pups are so cute! Love that they love each other. :)

That must have been really shocking! At least they were safe at your house.

Wow, glad your parents weren't in the house when that happened!

A Girl in Pearls said...

woah! Glad that they were safe at your house! What a scary thing!! ..on another note... You and Kendi have the same blog post titles today(:

I'm sorry your parent's house was hit by the tornado, but what a blessing they were visiting you and not at home during it! Glad you guys all made it out safely!

I am so glad your parents were safe! I wish them well in making thier house like new again! I hope you all are able to reschedule your week together!

glad they were safe! what a blessing they decided to come visit you! how scary. the same storm went through my college town and my hometown. all my family was safe.

Oh, that's terrible news. I hope your parents are able to get that all taken care of soon. It's great that everyone is safe though and that they have such wonderful neighbors helping too!

wow, that last picture is scary!! it's a good thing your parents weren't in the house when the tree fell. i'm glad to hear that no one was hurt and that the neighbors were so nice!

Holy cow! I am so so sorry to hear this! I am glad everyone is okay!

That is so scary! Those storms were ridiculous. A few tornadoes touched down a little west of here and did some damage to a few houses and a school. So crazy. I'm glad your family is okay, and hopefully you guys can get in the rest of your visit sometime soon!

that damage is scary - but glad everyone is okay! and those pics of the doggies are so cute :)

Glad they are ok. I am sure you will get the quality time back soon. Love the pic of "the girls" too!

I'm so glad your family is alright. That's really scary. But that last photo is definitely heart warming. I love that there are still people who want to lend a helping hand even if it's to a stranger.

Oh no! Glad they weren't home when it happened.

LOVE the pictures of your girls-- my family is filled with Boxers, too! Aren't they the greatest?!

Thanks God your parents are alright and damage wans't that bad! That must've been very scary, also glad they have lovely neigbors to help them out!

Aww the pups are so cute together!!
I was watching the news this weekend and it looked so crazy and scary!! I'm glad you and your family were okay.
xJennaD

Glad you and your parents are alright! I may long for more sunshine every now and then, but having to trade in our boring-ass weather for tornados... I'd rather not! :-( By the way, the picture of your pups made me smile. So cute!

Oh my -- that's really scary! Best wishes to your parents as they dig themselves out. It's really touching to see that there's a community of support just lurking in everyone's backyard. I'm glad everyone's well and I hope the clean-up goes quick.

Oh no sorry to hear that, glad that your parents are okay. And how fab that everyone helped out, such fantastic neighbours!! Hope your Monday was a smooth one hun. xx veronika

What a blessing that your parents were visiting you and nobody was hurt. It's amazing to see all the loving friends and families help out, wishing you the best!

How lucky that your parents were safely at your house when the tornado came through! The puppies are too cute together, my mom and I both have a boxer, they're just the best!