This weekend we traveled to the coast of South Carolina. Chris was participating in the Second Annual Scottie Marlowe Memorial Golf Tournament. The tournament was in Georgetown, SC (near Pawleys Island) and it was at Wedgefield Plantation (where Chris and his family used to live!). Although the driving to get there was horrendous, getting there was nice. We were able to spend the weekend with his parents, the Bensons and children, and several others Chris grew up with.

While Chris and all the men were away playing golf, all the ladies hung around in the clubhouse. One of these ladies had a three-month old baby girl that eventually made her way into my arms. And stayed there for quite some time. When I passed her on, I wanted her back. And I think for a solid and fleeting three minutes I wanted one. Yes, the baby fever came over me, but I quickly told it no. Not now. Come back later.

I did rock/bounce baby Elle to sleep and this was the first time I had ever worked to put a baby to sleep. And then I held her while she slept. And it was the sweetest thing ever. Have you ever seen a baby smile in their sleep? It will make your heart melt. Trust me.

Moving on. If we weren't in the clubhouse going goo-goo over baby Elle, Mary Ann, Ashley, and I were golf-carting it up and harassing golfer for pictures.

All in all it was a great weekend! Chris had a blast and was able to spend Saturday with several of his friends that he grew up with - and he always enjoys that. 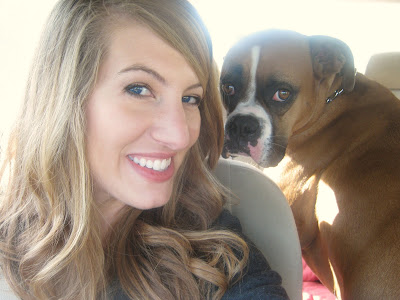 Mommy and Maeby on the way to SC 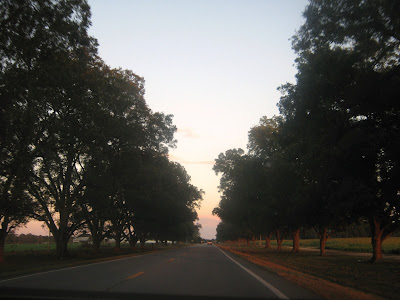 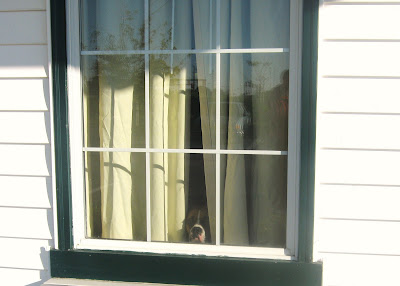 Maeby giving us "the look" for leaving her in the hotel 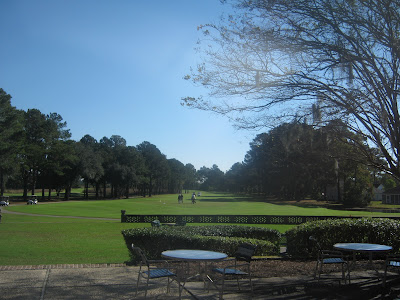 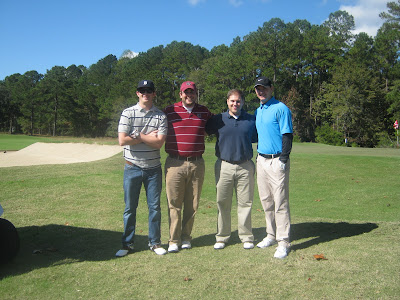 Chris and his team for the tournament
(L-R: Chris, Jeb, Seth, Brandon) 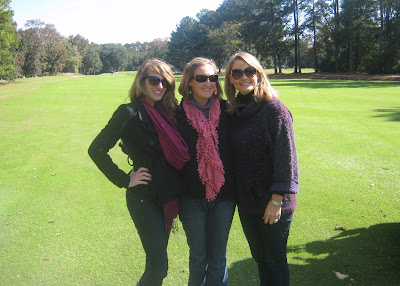 Me, Mary Ann, and Ashley while out snapping photos 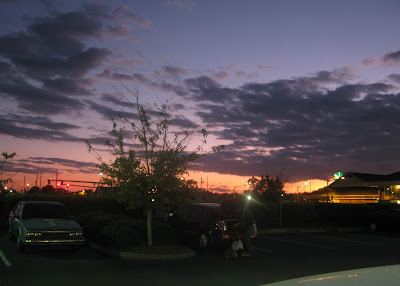 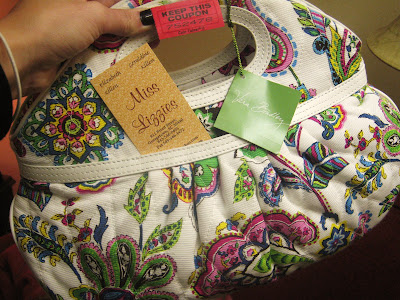 A super cute VB bag that Chris (somehow?...) won during the raffle.
Since he has no use for a new purse, I took it.

Email ThisBlogThis!Share to TwitterShare to FacebookShare to Pinterest
Labels: family, friends, life, over the weekend

Sounds like a great time. And you should have taken the purse. It's super cute and it shouldn't have gone to waste.


Ramblings of a Small Town Girl

I love Georgetown! Went there a few months ago for their annual billfish tournament. Glad you had a good weekend!

Hey, I recognize that sunset! Okay, not exactly, but as a Carolina girl I'm pretty happy to see my state's horizon so well represented. Hope my people treated you well!

Hello...cute blog..just saw your link and wanted to say HI....:)
I saw your 30 pieces for the remix, I think youll do great!

Stop By and Say Hello♥
Enter my Awesome ModCloth Giveaway!!