Over the Weekend: Last Weekend

I totally missed posting last weekend's Over the Weekend post. My bad. So here it goes...

Last Friday I woke up, got ready, packed, and headed to Atlanta. I was meeting my friend (and old roommate) at her house, and then we were loading up and heading to the North Carolina mountains to Sylva, NC. We had made these plans a couple months ago. She was meeting some of her friends that weekend and invited me to come. I was so excited to see her, see my friend Whitney who is finishing her last semester of grad school, and to just be back in the NC mountains.

My plans involved getting to ATL several hours before Meg got off work so I could SHOP! I researched the malls in the ATL area and ended up at the Perimeter Mall. It had every store I wanted to visit: Zara, Anthropologie, Lush, Sephora, Forever 21, and Urban Outfitters. I was in heaven. I didn't give myself enough time, though. Meg called and said I should go ahead and head to her house and I hadn't been into Sephora or UO. Oh well. We are so close to ATL I will fo sho' be making another shopping trip up there soon! I didn't even buy that much... only a few items at Lush. And that was it. Anyway, on to the weekend...


We got into Sylva late Friday night and met her friends at a Sapphire Brewing Company. We were there shortly and then headed to O'Malley's where we got to see Whitney! After some beer and fries with ranch, we headed to the "new club." And I was shocked. This little town actually had a little bar/club scene going on. When I was at school there my friends and I would go out on the weekends and be the only ones there. Literally. Seriously. I'm not kidding. This place was packed. It had two bars, booths, tvs, and a good dj. And probably close to 200 people there. Both nights. Packed. I still can't get over it.
Saturday we woke up struggling. But we made it out of the hotel, dressed and ready, for the big game. We first stopped by Walmart for some tailgating supplies, then campus dining for lunch. Then we tailgated. Then we went to our seats. In case you are unfamiliar with Western Carolina Football, they aren't that good. And by "aren't that good," I mean not good at all. But much to my surprise they played well against Appalachian State. But still lost. By quite a large margin. 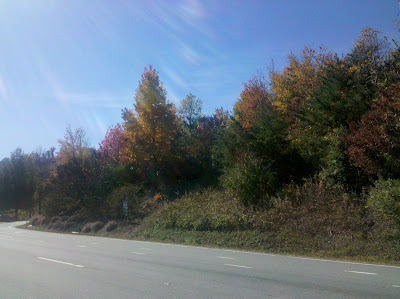 This is right before turning into campus. 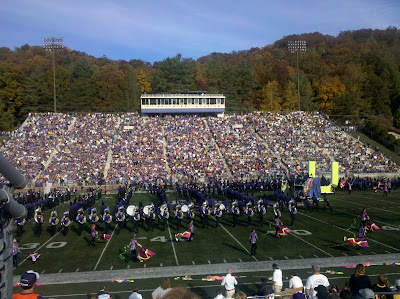 The band.
Half time was the best. Again, in case you are unfamiliar with Western Carolina, the band rocks it out. They are amazing. People cheer just as hard for the band (if not harder) as they do for the football team. No joke. They were great. They even dougied a bit.

After the game we had dinner back at the Sapphire Brewing Company and then headed over to the other bar/club. We then retired back to our rooms pretty early since we all had a long day of traveling on Sunday. 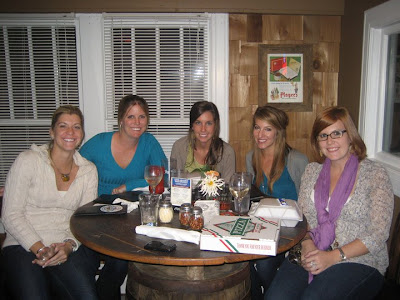 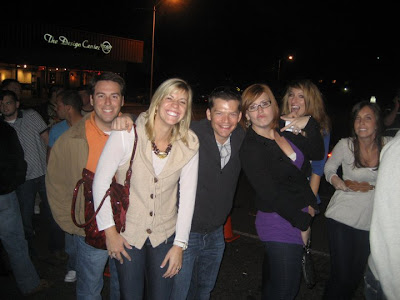 There was even a line to get in... Whitney and I sneaked (snuck?) our way into this picture.
Sunday Meg and I got up and headed up to Waynesville, NC to Barber Orchard. This place is exhibit A as to why I miss the NC mountains. They are only open from late summer to December 24th and have the best anything-apple-related you can find. All types of fresh apples, apple cider, apple juice, apple pie, apple turnover, apple jam, apple butter, and so on... they also have an assortment of good that aren't apple related like salsa, hot sauce, other fruit jams, and some fresh vegetables. This place is jackpot. Since I had already demolished an apple cake mom and dad brought down when they visited, I decided it would be in my hip's best interest not to purchase another one. I did end up walking away with a turnover and salsa. Yum! 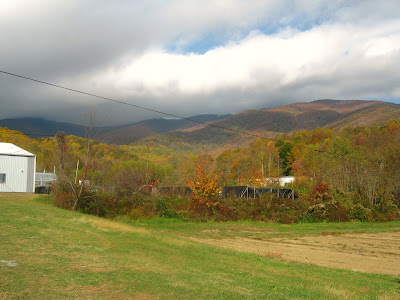 In front of the orchard 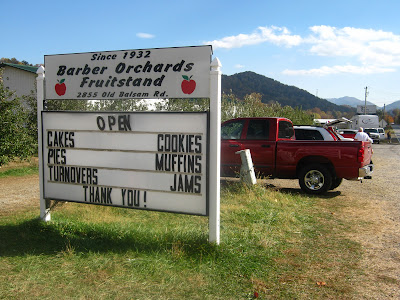 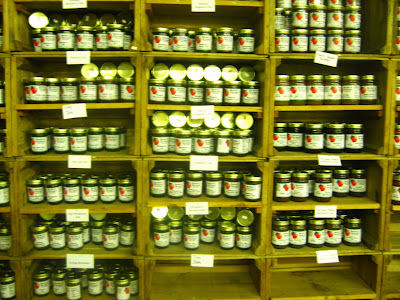 All the jams and jellies. 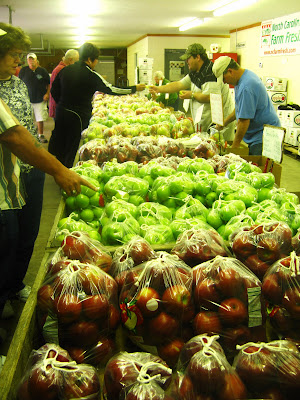 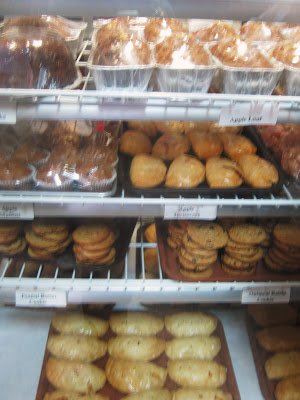 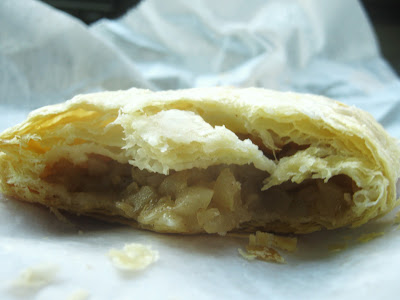 My apple turnover. Nom.
So then we headed back to ATL where I hopped in my car and make the two hour drive down to Abalama (it's just more fun to say it like that). Great weekend!

Email ThisBlogThis!Share to TwitterShare to FacebookShare to Pinterest
Labels: friends, life, over the weekend